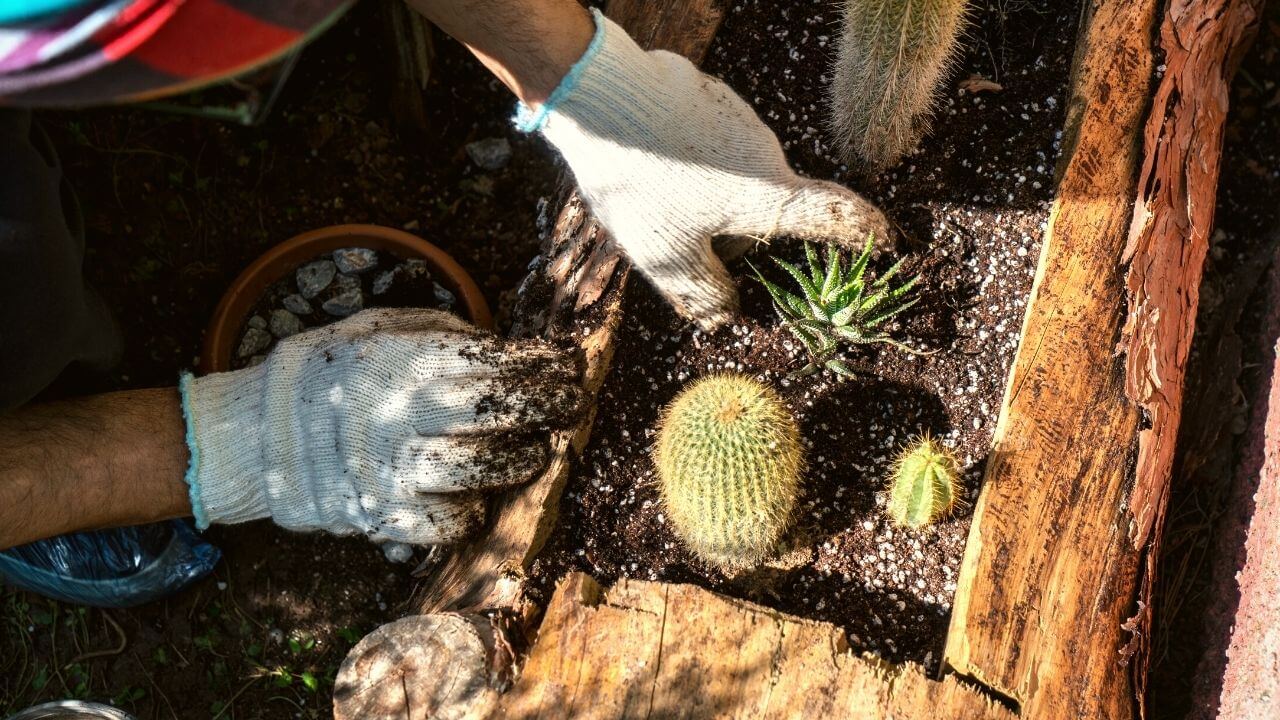 You may be wondering if vermiculite is suitable for succulents. Succulent plants store water in their leaves for longer to thrive in drier environments. Vermiculite is a mineral often used in gardening because it helps retain moisture. So, if you’re looking for a way to keep your succulents healthy, you may consider using vermiculite.

One of the challenges people face with succulents is taking care of them properly. People often don’t know how to water and care for succulents, leading to the plants dying. Succulents need plenty of sunlight and moisture to thrive.

Succulents are plants that store water in their leaves, stems, or roots to help them survive in dry climates. They come in various shapes and sizes and are found in many colors. While succulents can grow outdoors, they can also be grown indoors as houseplants. One of the most important things to remember when growing succulents is to provide them with the right type of soil. Having this is a huge benefit to succulents.

Succulents need well-draining soil that will hold moisture without becoming soggy. Vermiculite is a good choice for succulent soil because it drains well and helps to retain moisture. To create a custom soil mix for your succulents, you can mix vermiculite with potting soil or sand. Keep your succulents watered regularly, especially during the hot summer months.

How To Add Vermiculite To The Soil For Succulents?

It is possible to add vermiculite straight to the soil mix or compost and thoroughly mix them to be equally dispersed. To germinate seeds, they are employed in the soil as an insulator and aerator because of their ability to keep the soil cool and fresh.

Adding vermiculite to the soil can improve the health and growth of succulents because plant health will be directly related to the soil. Vermiculite can also help to keep pests away, as it is known to have repellent properties.

To add vermiculite to the soil:

What Are The Properties Of Vermiculite?

Vermiculite is a standard product used in insulation, as a filler, and in manufacturing other products. The following are the properties of vermiculite:

Physical Properties: Vermiculite is an excellent insulating material because it is not very dense. Its high porosity, good thermal conductivity, and low cost make it a standard filler for insulation.

Applications: Vermiculite is used in many applications, including insulation, manufacturing, and construction.

What Are Vermiculite’s Primary Gardening Uses?

You can use vermiculite to absorb moisture and make your home more energy-efficient. It can also make a more comfortable bed by absorbing and retaining heat. Vermiculite is also used to prevent soil erosion and to increase the rate at which water seeps through the soil. Vermiculite is a beneficial product for homeowners.

Vermiculite is also used as an insulator in wall panels and thermal insulation in floors, roofs, and attics. This material is also used for horticulture as a growing medium for plants.

What Are The Types Of Vermiculite?

Vermiculite is a mineral that can use for different things such as insulation, water retention, and stability. Vermiculite has many uses and is found in many products.

The most common is Mica Schist. It is also the most expensive type of vermiculite. It makes various products, such as insulation, flooring, and roofing. There are many different ways to use this material to make these products, but one way is to use it as a filler in concrete. You can find it at most hardware stores, which is reasonably inexpensive.

What Extra Measures To Take While Mixing Vermiculite In The Soil For Succulents?

Suppose you are using vermiculite in your garden. In that case, taking a few extra measures is essential to ensure you get the most out of this soil amendment.

Water the area well after planting to help the vermiculite settle in.

Finally, please wait a few weeks before harvesting to allow the plants to adjust to their new soil conditions.

What Are The Advantages Of Using Vermiculite For Succulents?

When it comes to succulents, there are a few different growing mediums that you can use. One of the more popular growing mediums is vermiculite. Vermiculite is a mineral often used in horticulture because it helps improve the soil’s structure and drainage. Additionally, it helps retain water and nutrients, making it the perfect growing medium for succulents.

What Are The Disadvantages Of Using Vermiculite For Succulents?

One problem with vermiculite is that it can hold too much water and cause the roots of succulents to rot. In addition, vermiculite is a breeding ground for pests and diseases, harming succulent plants. You must be careful when working with this material because it can release dangerous asbestos fibers.

FAQ About If Vermiculite Is Good For Succulents

What Is The Best Soil Mix For Succulents?

Which Is Better For Succulents, Perlite Or Vermiculite?

When deciding which of these two is better for succulents, perlite or vermiculite, there are a few things to consider.

The second thing to consider is the climate you reside. Perlite would be better if you lived in a scorching and dry environment. You can go for vermiculite if you live in a more humid environment.

Most plants like vermiculite. It allows them to grow faster and provides better soil drainage. It is not harmful to plants, but you should always look for a non-poisonous vermiculite product to avoid harming your houseplants.

Yes, vermiculite does decompose. It is a mineral used in horticulture and gardening to help the soil retain moisture and break up compacted soil. Vermiculite is also used as an additive in insulation materials. When exposed to air, it will start to decompose and release carbon dioxide gas. Over time, the vermiculite will disappear completely, leaving behind nothing but a hole in the ground.

What Substrate Is Best For Succulents?

The best substrate for succulents, per our recommendation, is perlite. It’s inexpensive and lightweight, and it allows for easy watering. It also prevents the roots from sticking to the pot too tightly, allowing you to move it around quickly. It’s also an excellent material for indoor houseplants, as it can provide ample moisture.

Can I Use Vermiculite For Cactus?

Yes, you can use vermiculite for cactus. It’s highly recommended that you remove the excess water before using it. As a result, you’ll be able to use your vermiculite as a potting material or a cactus soil enhancer. You can also use it to create a terrarium for small or large plants.